The far-reaching impact of Alya and Dr. Gary Michelson’s broad philanthropic efforts in Los Angeles and beyond was on full display during the Inner City Law Center’s  22nd annual awards ceremony, which raised funds and awareness of the ICLC’s efforts to help those struggling with homelessness.

The nonprofit social justice organization chose the Michelsons for this year’s Humanitarian Award for their support of unhoused people and their pets, their efforts to help uplift the voices of underserved populations, and for their advocacy for justice-involved individuals pursuing an education.

Lande Ajose, vice president and senior fellow at the Public Policy Institute of California and former higher education policy advisor to Governor Gavin Newsom, was one of three presenters who witnessed and shared the impact of the Michelsons’ philanthropy.

“This recognition gives us courage to keep going and to fight for someone who doesn’t have a voice.”

“The Michelsons have focused on bringing education to others who are often forgotten,” Ajose said. “This year, Dr. Michelson and his foundations are continuing to push, bringing new ideas and legislation forward. What I appreciate most is that Gary Michelson does not sit on the sidelines and he does not wait for others to act. He gets in the arena. He invests his time, energy, and resources to push for the change that is needed.

In typical fashion, Gary Michelson deflected credit to the staff of his foundations and said he was inspired by his wife, Alya, who is helping house families fleeing Ukraine.

“While my wife and I are honored by this, the award goes to the people who work for us,” Dr. Michelson said. “Every one of them is personally passionate about the work that they’re doing. What our organizations and the Inner City Law Center have in common is we’re both trying to help people who have so very little and to make life just a little less unfair.”

“To be kind and respectful to people around you is one of the most important things you can do,” Alya Michelson said. “It makes us complete and rich. Being rich is not about how much you have – it’s about how much you give. This recognition gives us courage to keep going and to fight for someone who doesn’t have a voice.”

Upwardly Global CEO Jina Krause-Vilmar noted only 1.6 percent of charitable giving goes to women and girls and then recounted her work with Alya Michelson to find employment and more fulfilling careers for immigrant women in Los Angeles.

“Alya is a unique kind of philanthropist because she not only invests in the most vulnerable, including immigrants and refugee women, but she is also a fearless and tireless advocate pushing for greater investment in these women,” Krause-Vilmar said. Together they recently partnered on a Career Skills Program for immigrant women, which she said has “unleashed these women’s potential, and therefore their families, their communities, and their economies.“

At the ceremony, Giving Spirit founder and chair Tom Bagamane credited the support of Michelson Found Animals for the success of the Companion Animal Program, which has given out thousands of Companion Animal Kits. The kits are filled with dozens of items that not only sustain life but provide comfort, joy, and, maybe most important, a leash. Because it may be the lack of a leash that stands in the way of a being accepted to a shelter with a pet. 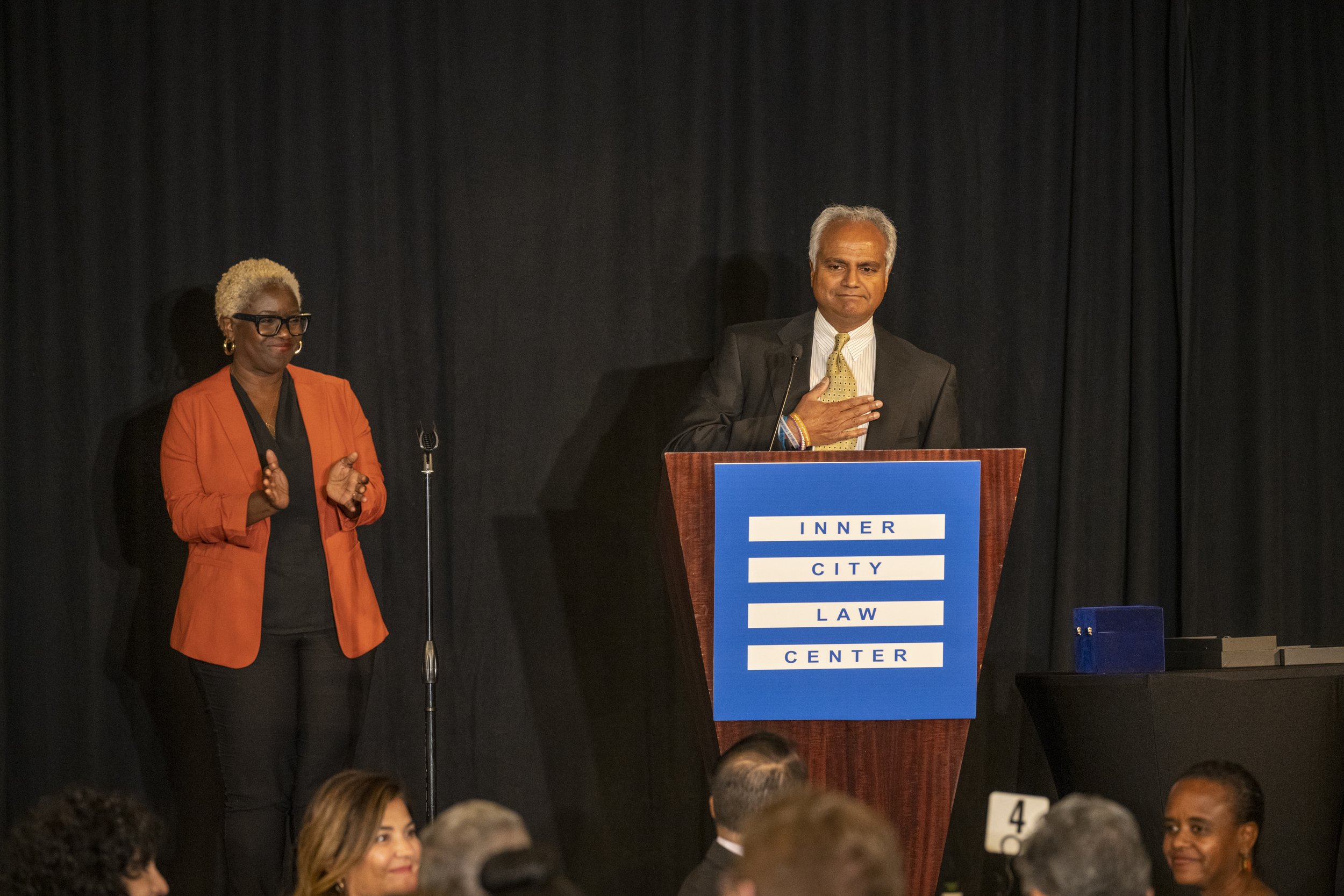 The Michelsons’ “model of directly serving the families of Los Angeles while educating and championing many community-based organizations like ourselves is far-reaching,” Bagamane said. “From its Better Neighbor Project and, to providing access to zero-cost veterinary care for families experiencing income insecurity, to keeping pets out of municipal animal shelters and free from euthanasia, their impact is undeniable.”